Building community, one bike at a time

*this op-ed was recently published on toronto.com

The gymnasium echoes with excited voices as volunteers and Boys and Girls Club members begin tearing boxes open and pulling out bicycle parts.

It’s August in Toronto, and I’m at our Boys and Girls Club in East Scarborough. I’m on hand for the Mondelez Canada Bike Build, an event that pairs Mondelez Canada employee volunteers with young Club members to assemble 50 bicycles. Two days earlier and a little further west, another 50 bicycles were built at Eastview Boys and Girls Club in Greektown.

The best part? Each young person that takes part in assembling a bike gets to take one home. For me, the entire enterprise is summed up by the look on a child’s face as they grip the handlebars of their newly built bike; a combination of immediate joy, future rides unfolding in their imagination, and the pride of ownership that comes from building the bike themselves.

These events are a spinoff of Bicycle Factory, a Mondelez Canada initiative that encourages Canadians to build bikes online. The virtual bikes are then turned into real bikes for kids in rural Ghana, making it easier for them to get to school and gain a valuable education.

Bringing a similar project to Canada only made sense; although bikes are a common sight in Toronto and its suburbs, in reality they are a luxury that many families in our city can’t afford. The gift of a new bike opens up a range of opportunities for a kid, from simply getting around the neighbourhood, to spending quality time with their family, to getting the physical activity they need. And these bikes will stay in the family for years to come, passed down from one sibling to the next.

Sustainability is the key. Not just in the long-term use of the bikes or in the self-esteem and leadership traits instilled in the youth, but also in the community building that takes place at each event. Mondelēz employees get a chance to volunteer in the communities where they work and live, the local Toronto police division runs safe riding workshops, and bike experts from Velofix are onsite to check the mechanical function of each bike before the kids take them home.

The Bike Builds are part of a larger community-based Mondelez Canada program called Cool Moves. Run at Boys and Girls clubs across the country, Cool Moves encourages kids to adopt healthy, active lifestyles through two different streams: Eat Smart, where young people are taught how to make healthy eating choices, and Play Cool, where they are introduced to a variety of physical activities.

And it’s working. To date, nearly 22,000 children and youth in 50 communities across the country have benefited from Cool Moves. And in the Toronto area, we’ve built and donated 400 bikes.

It’s a ripple effect — healthy kids make for healthy communities. And that’s good for everyone. 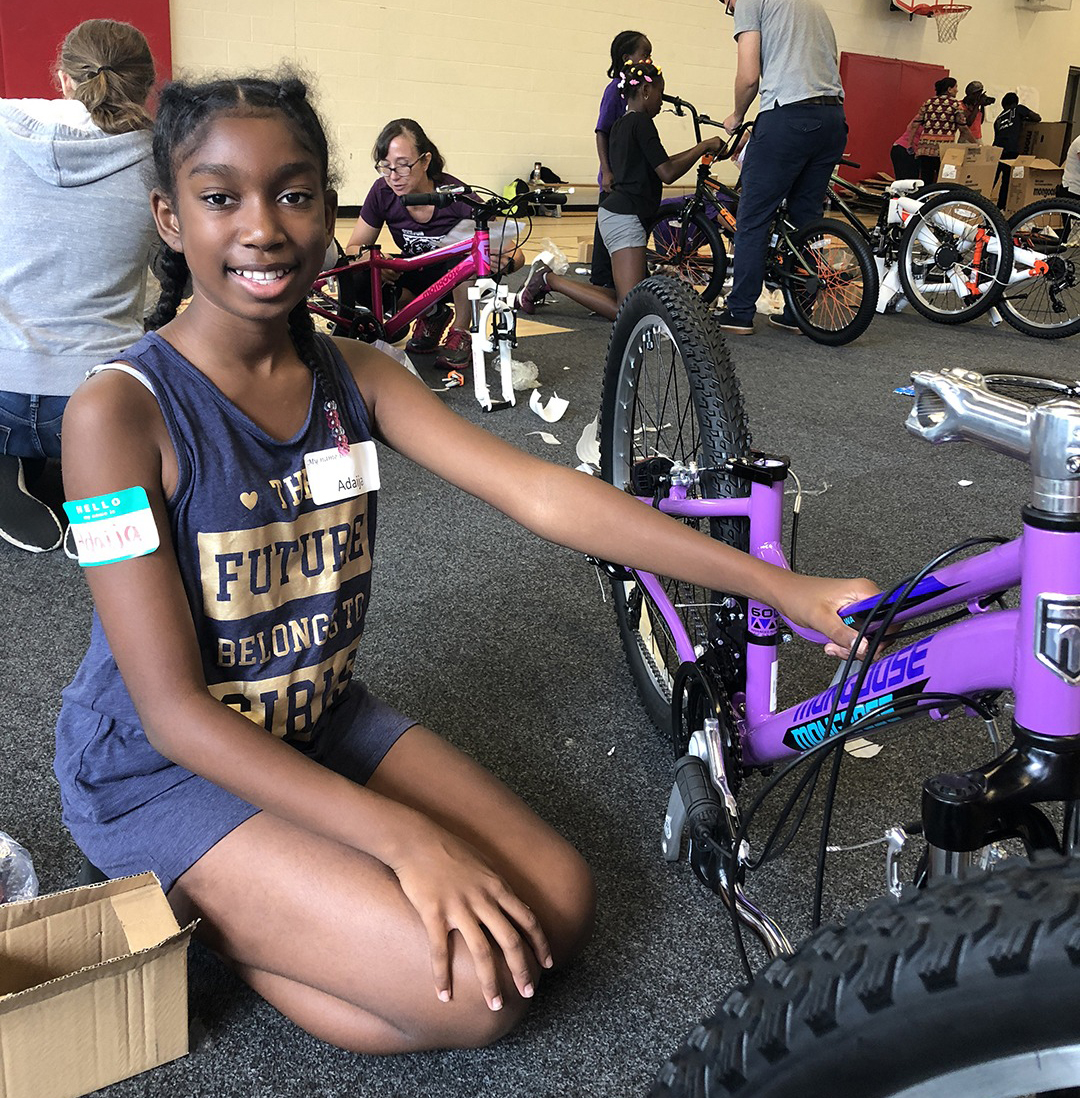 Adaja Stephenson, a member of Boys & Girls Club of East Scarborough, works on putting together her new bike as part of the Mondelez Canada Bike Build program. 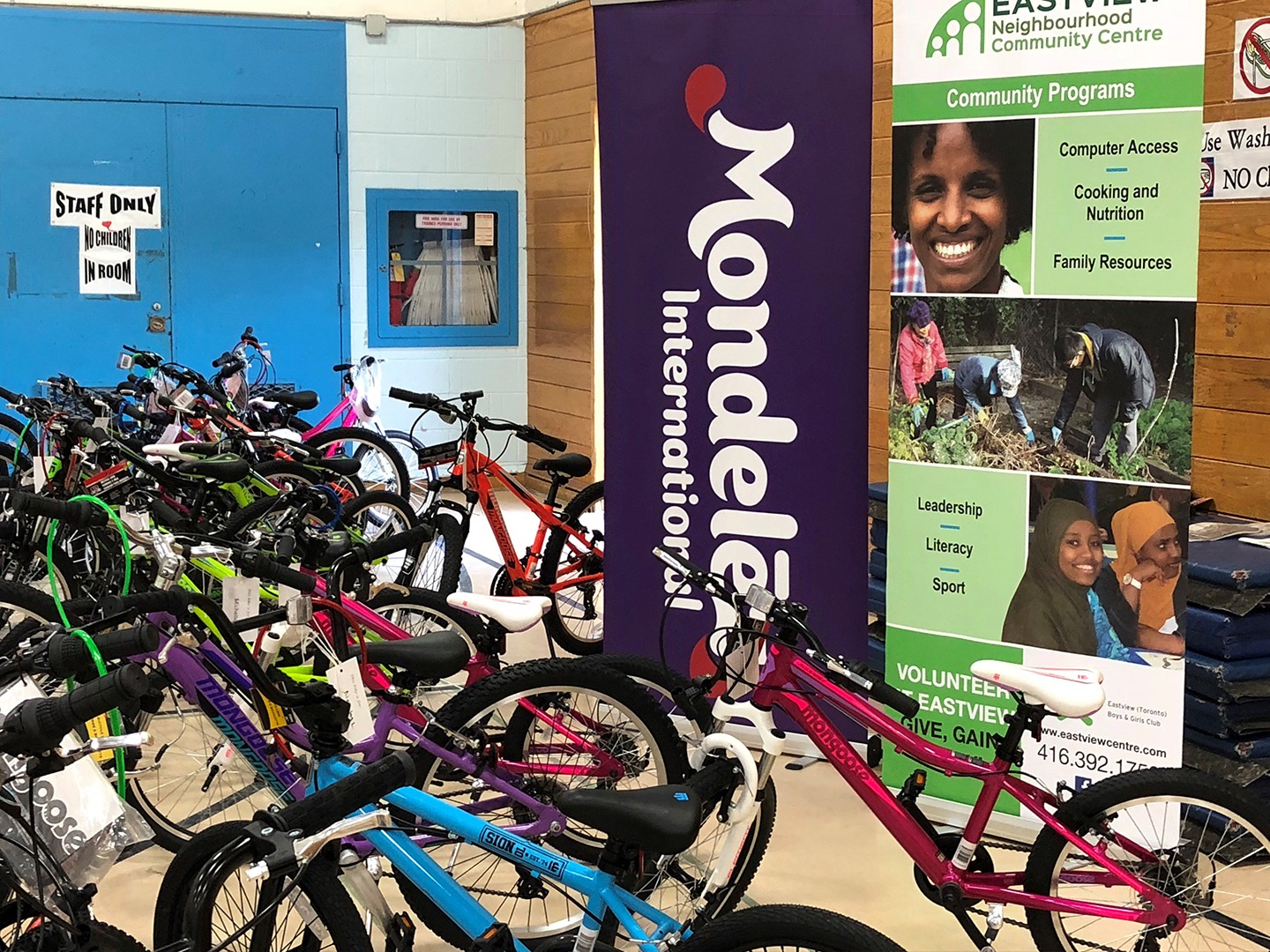 New bicycles assembled by children and their mentors are lined up at Eastview Boys & Girls Club in Toronto. 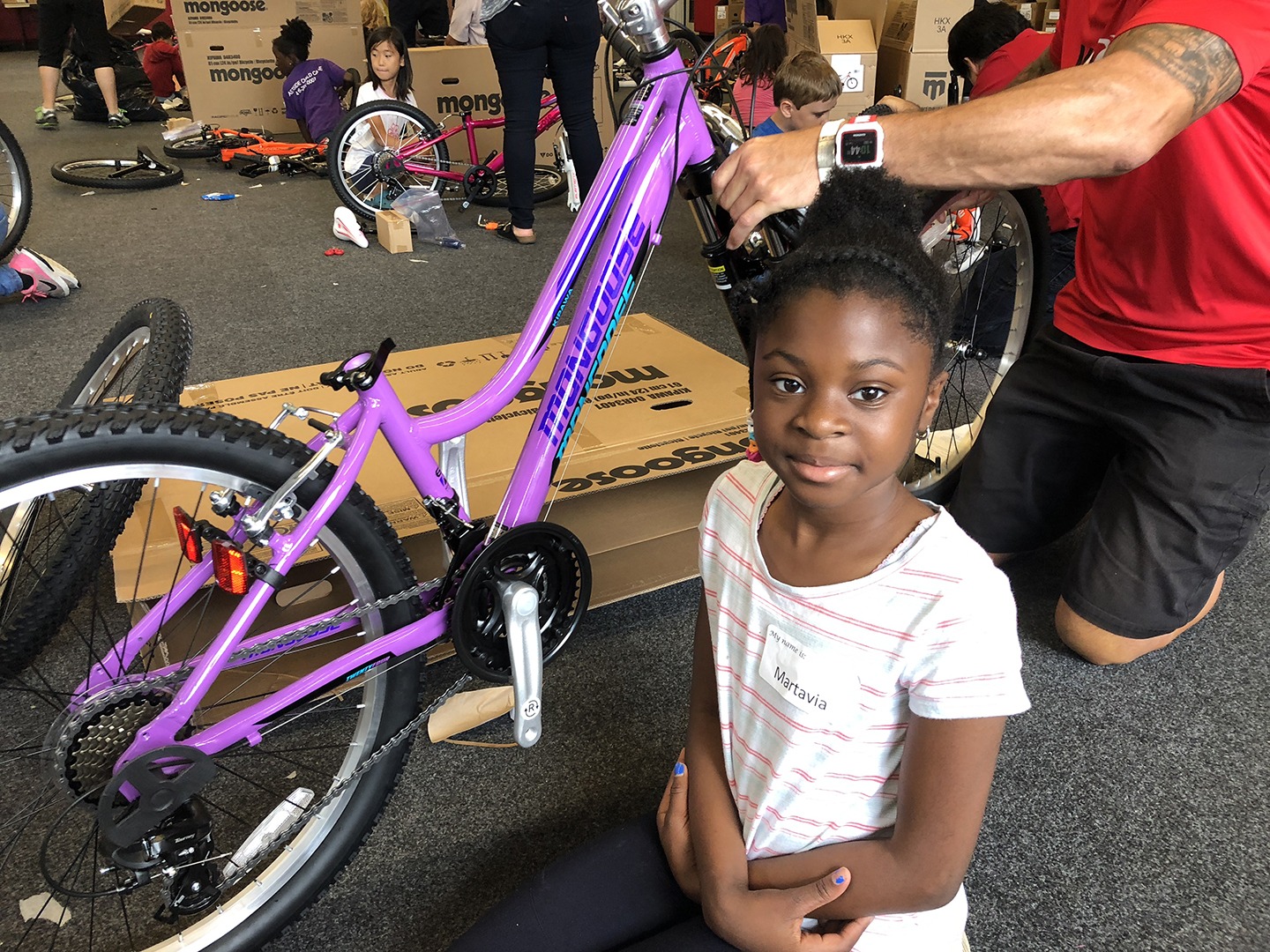 Martavia Martin, a member of Boys & Girls Club of East Scarborough, gets some help from volunteers to assemble her new bike.

BGC Canada acknowledges that our work spans many Territories and Treaty areas and we are grateful for the traditional Knowledge Keepers and Elders who are with us today, those who have gone before us and the youth that continuously inspire us in the work that we do. BGC Canada’s mission statement is to provide safe, supportive places where children and youth can experience new opportunities, overcome barriers, build positive relationships, and develop confidence and skills for life. We recognize that these values are impossible to attain without the ongoing guidance and partnership with Indigenous peoples.